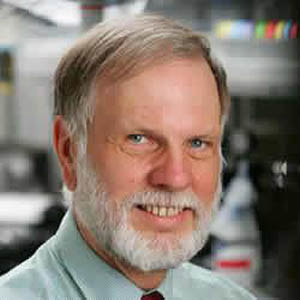 Dr. Fischbeck received A.B. and A.M. degrees from Harvard University and an M.D. degree from Johns Hopkins. After a medical internship at Case Western Reserve University and a neurology residency at the University of California in San Francisco, he did postdoctoral research on muscular dystrophy at the University of Pennsylvania. In 1982 he joined the faculty in the Neurology Department at the University of Pennsylvania Medical School. In 1998 he came to the NINDS as Chief of the Neurogenetics Branch. He received the Cotzias Award from the American Academy of Neurology and the Jacoby Award from the American Neurological Association, and he was elected to the National Academy of Medicine. His research group is identifying the causes and studying the mechanisms of hereditary neurological and neuromuscular diseases with the goal of developing effective treatment for these disorders.