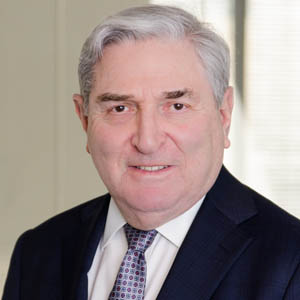 In his more than 40 years of private practice, Ken has represented many for profit and non-profit entities in the corporate and tax aspects of a wide variety of agreements, transactions, financings, licenses, mergers and acquisitions.

Ken began his career at the Internal Revenue Service’s (IRS) legislative and regulations division. During his time with the IRS, Ken worked on the 1969 Tax Reform Act and was one of the principal drafters of the then new private foundation provisions.

In 1982, Ken co-founded Swidler Berlin, LLP. While a partner in that firm, he also served as managing member and chair of the corporate group. After Swidler Berlin’s merger with Bingham McCutchen, LLP in 2006, Ken remained a partner until 2008, when he formed Schaner & Lubitz to focus on representing tax-exempt organizations.

Since 1983, Ken has served as counsel to the Cystic Fibrosis Foundation (CFF). In that capacity, Ken represented CFF in its first venture philanthropy transaction with Aurora Biosciences Corporation (now Vertex), and subsequently represented CFF’s affiliate, CFFT, in the historic monetization of the Vertex royalty interest in 2014. Ken has represented numerous clients in hundreds of venture philanthropy transactions and related legal matters. Ken also serves as general and outside counsel to many non-profits. He advises on the full range of issues faced by Section 501(c)(3), (c)(4) and (c)(6) organizations, including board governance, business, and tax-exempt compliance issues.