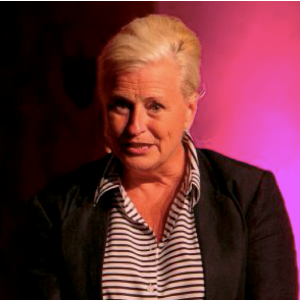 Tish Hevel is the Founder/CEO of The Brain Donor Project, a unique non-profit that exclusively supports the brain banks of the National Institutes of Health (NIH), the NeuroBioBank. The Brain Donor Project was established in late 2016 to raise awareness of the critical need for donated brain tissue to advance the science of brain disease and to simplify the process of becoming a brain donor. To date, more than 15,000 people have started the process of becoming a brain donor when the time comes. They represent more than 160 categories of brain disease…and about half have healthy (or control) brains. The Brain Donor Project was inspired by the death of Tish’s dad, Gene, who died from Lewy Bodies Dementia and was a brain donor himself.

Tish is an Emmy award-winning broadcast journalist who worked internationally as a PR professional and served as Chief Communication Officer for a 44-county region of the American Red Cross.