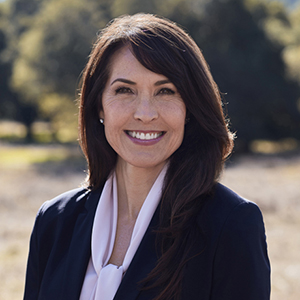 In 2014, when her husband Robin Williams died from Lewy body disease (LBD), artist Susan Schneider Williams set out to raise awareness about this devastating yet little known brain disease. Since receiving her husband’s diagnosis after his death, only apparent in autopsy, she has become a prominent advocate and voice for LBD and brain disease research.

Schneider Williams has served on the board at the American Brain Foundation (ABF) since 2016 and is currently their Vice Chair. She spearheaded the ABF’s groundbreaking 2021 research award targeted at the discovery of an accurate method of diagnosing Lewy body dementia. This $3 million multi-year award was created in partnership with the Alzheimer’s Association, the Michael J. Fox Foundation for Parkinson’s Research and the American Academy of Neurology (AAN).

Schneider Williams participated in the 2020 released documentary film Robin’s Wish, centered around Robin’s final years and his experience with LBD. She conceived of the idea for an educational version of the film called SPARK, now available to help aid institutions in raising awareness and funds for solving LBD.

Schneider Williams authored the editorial, “The terrorist inside my husband’s brain,” for the American Academy of Neurology’s Neurology Journal. To date it is the #1 most read article of all time in Neurology. She was presented with the American Brain Foundation’s Commitment to Cures Award in 2016 in recognition of her advocacy. She has spoken at academic institutions and private research corporations.

Schneider Williams has also lobbied in Washington, DC with the AAN, Michael J. Fox Foundation, and others for better diagnostics, increased funding, and support for researchers, doctors and clinicians. She has become a leading spokesperson for Lewy body dementia appearing on national television including, The Today Show, Good Morning America and CBS This Morning.